I like to cook and pot holders are definitely a must have in the kitchen. So I decided to see what I could whip up.

1. First you will need to cut out two 6′ X 6′ squares of fabric. I used the roto cutter which makes it really easy to achieve a perfectly straight edge. 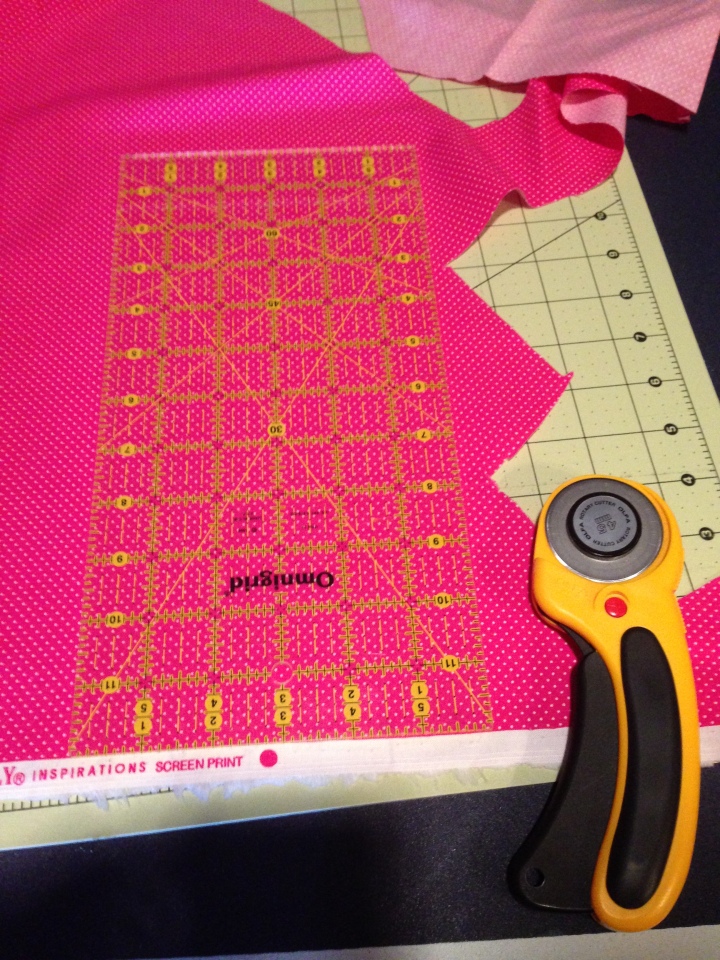 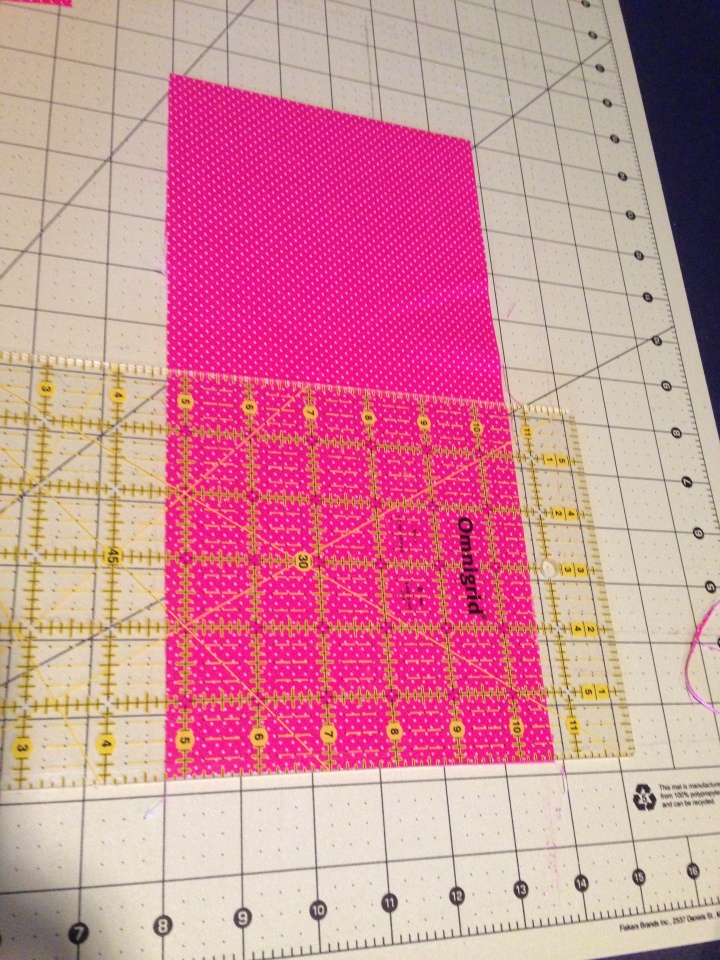 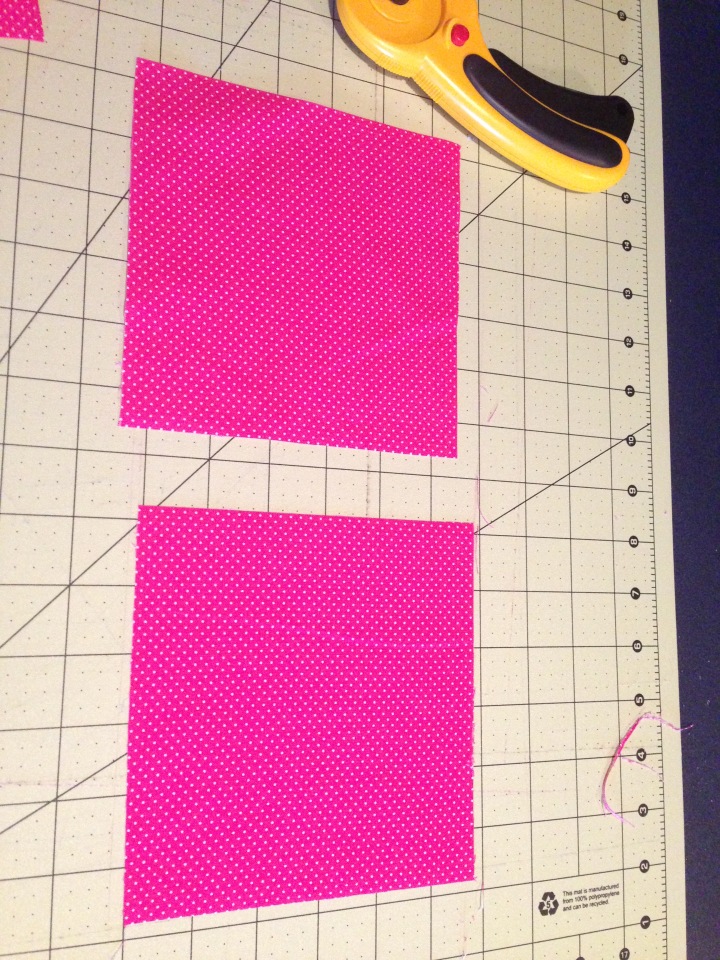 2. Next you should also cut out a 6×6 inch square of batting (I cut out two to give it more loft and heat resistance). I just use one of the pink squares as a guide and cut it with scissors. 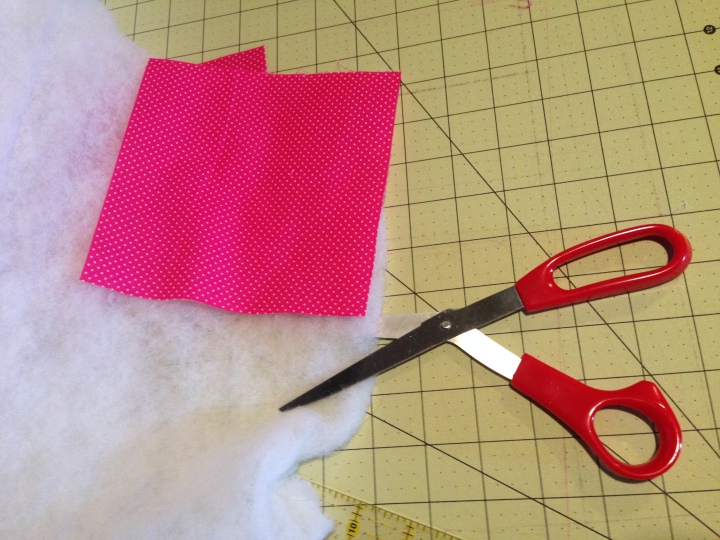 3. Once you have everything cut out sandwich the batting between the two pieces of fabric (Note: make sure that both of the fabric squares are facing with RIGHT SIDES OUT!). 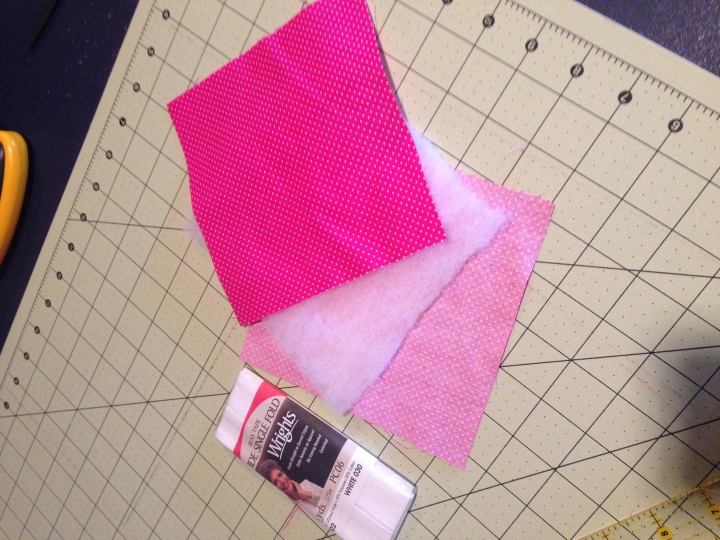 3. So pin the pieces together as shown (layer as shown above pin as shown below). 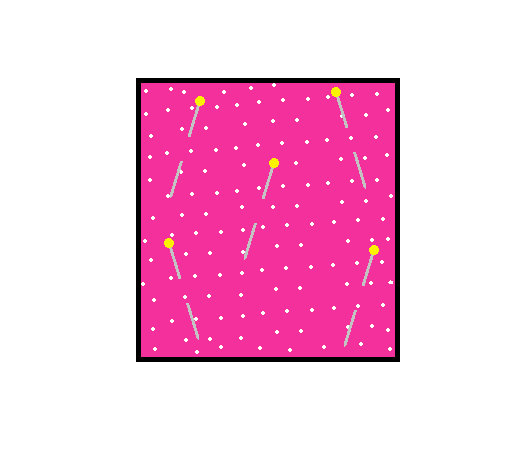 4. Then begin sewing lines (all in one direction) in one direction, spaced a little less than an inch apart (or however desired) as shown below. Note: Please be careful while sewing during this portion and diligently remove the pins as you come to them. 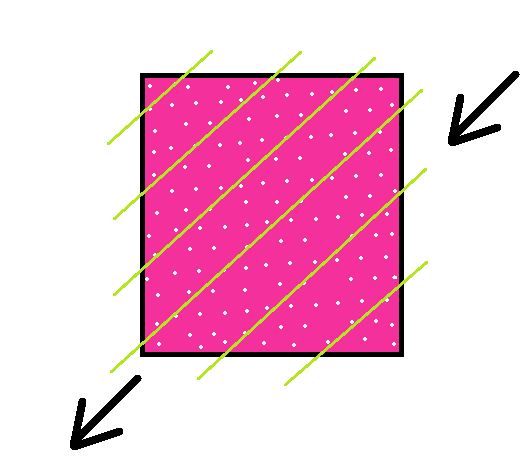 5. Now you will begin sewing from the opposite direction so that the lines cross perpendicularly to one another (as shown below). 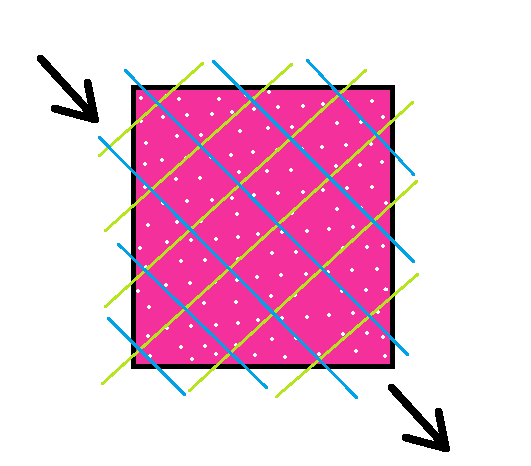 Note: I have contrasted the direction with different colored lines, however while sewing this I used the same thread color for both directions. 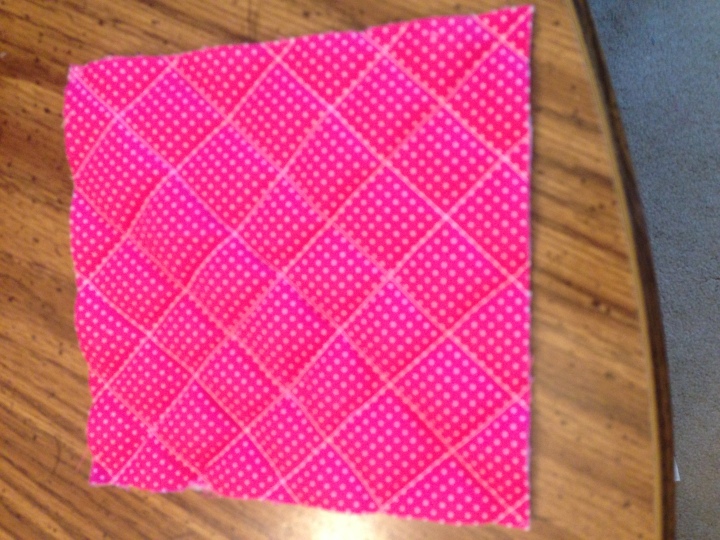 I used the ruler and the roto-cutter to give it a final clean edge and trimmed the hanging threads before moving on to the next step, since sewing it causes it to become slightly

6. Cut the edges so that they are rounded to give it a more delicate look. 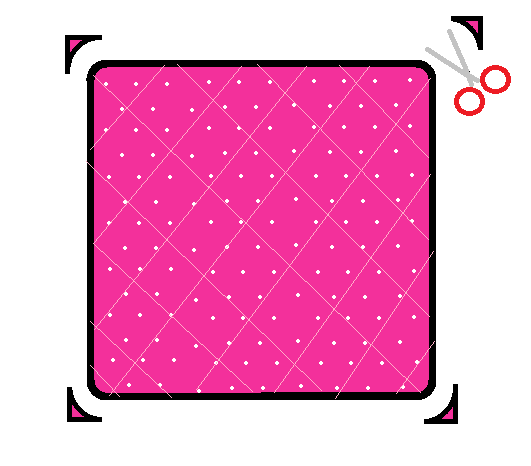 7. Next, pin the bias tape around the entire edge. Leave a gap at one edge as shown. 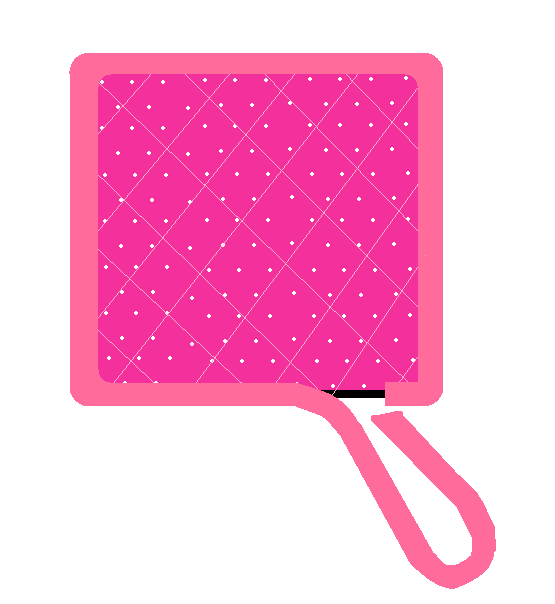 Sew around the whole thing but stop where the edge hangs off.  Sew what will become the handle separately from the rest of it. (As depicted) 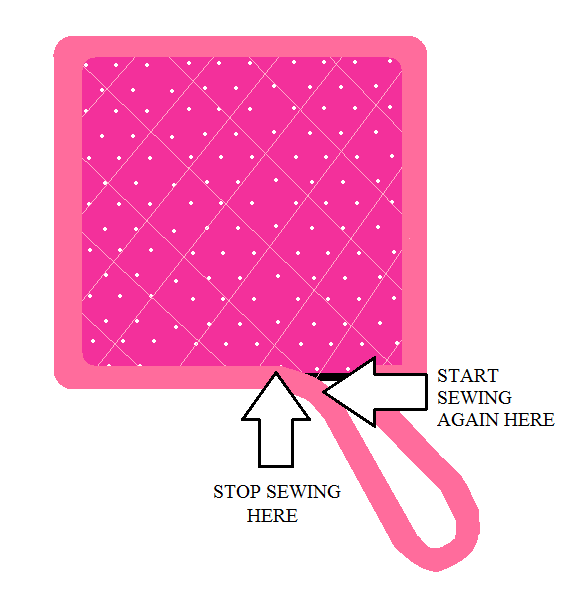 Now tuck the end back so that it closes the circle (this part is confusing so it might be best just to follow the instructions that come with the bias tape). 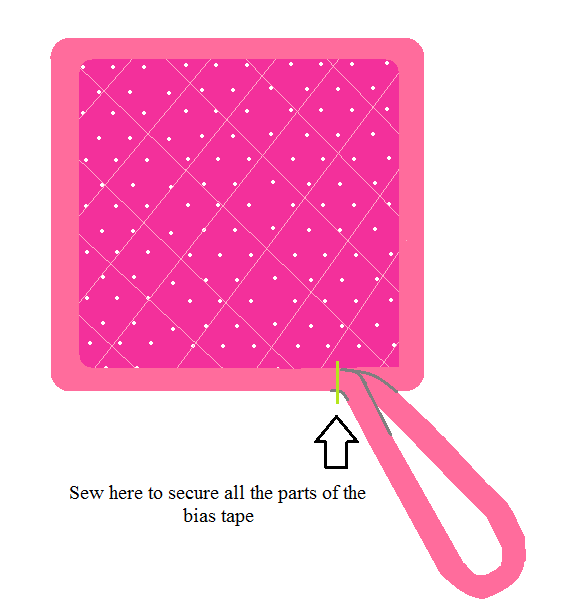 Sew a straight line as shown above to close off the whole. 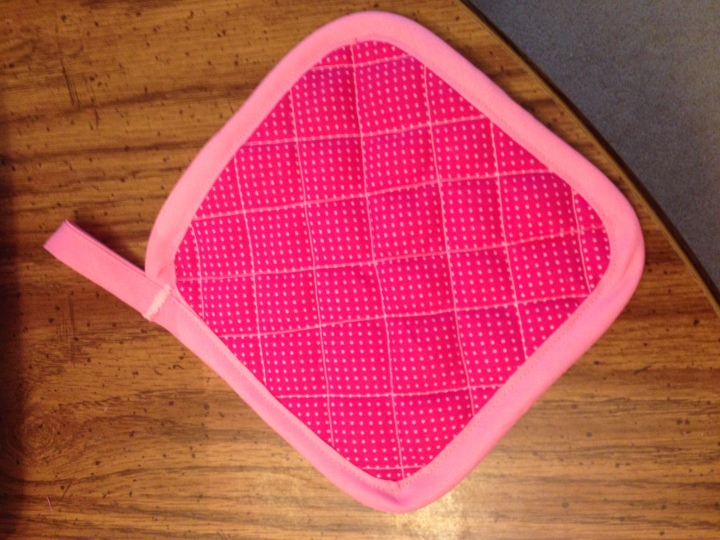 Note: I used the zig-zag stitch to finish it off for extra strength.

9. Add a bow to the bottom of the loop for cuteness! 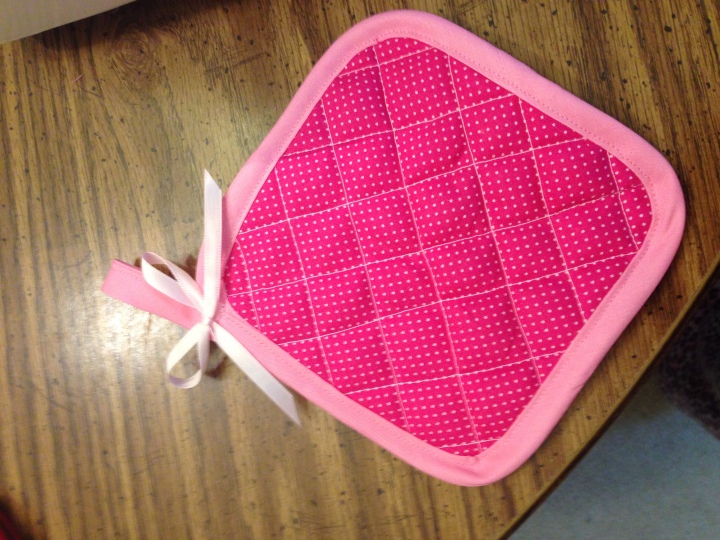 Last but not least! Glamour shots! 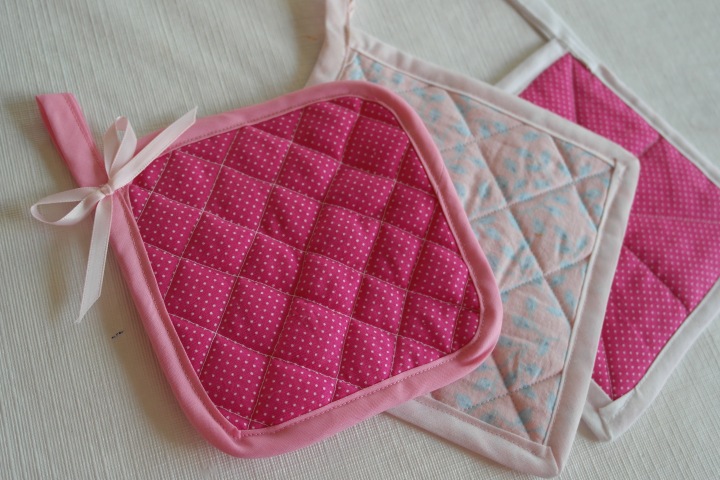 The great thing about this project is that once you master it you can change the design as much as you like. You can make it bigger or smaller, you can sew different patterns in the middle, even give it square edges if you like. This craft is highly customizable, so I really hope you enjoy making it. Please remember to like, comment, or even subscribe so that you never miss a craft.